I've finally been convinced by all the gorgeous pictures of preserved lemons that have been floating around Punk Domestics these days. I found myself in the grocery store staring at the organic lemons and went for it.

Preserving lemons is ridiculously easy. Basically you just wash and cut up the lemons, pack them with sea salt and stuff them in a jar. After a month or so, you are ready to throw them in anything Moroccan tangines to salads, vegetable dishes and marinades. These lemons are preserved whole, and the result is a tangy, intensely lemony ingredient that goes well in a range of dishes.

Step one. Buy organic lemons, and wash them really well. You'll want organic because you'll be eating the skins. 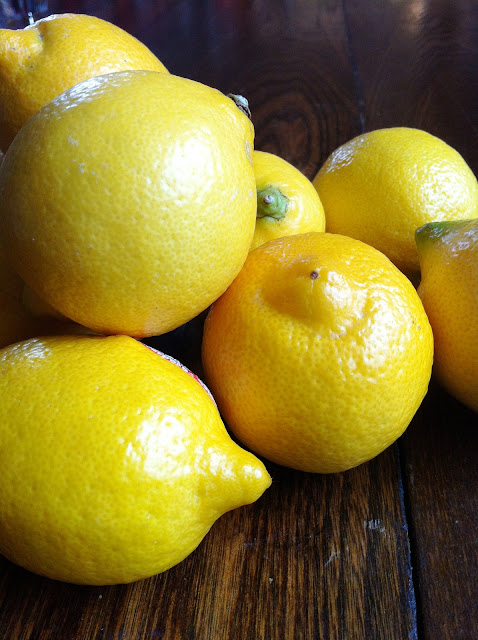 Step two. Cut the ends off the lemons - just enough to get to the fruit inside. Squeeze about a tablespoon of juice from each lemon into your jar. 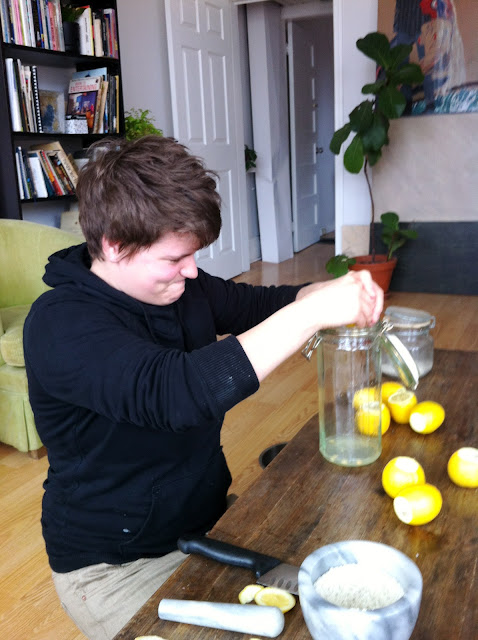 
Step three. Cut a cross in the top of each lemons, leaving about an inch at the bottom of the lemon intact. 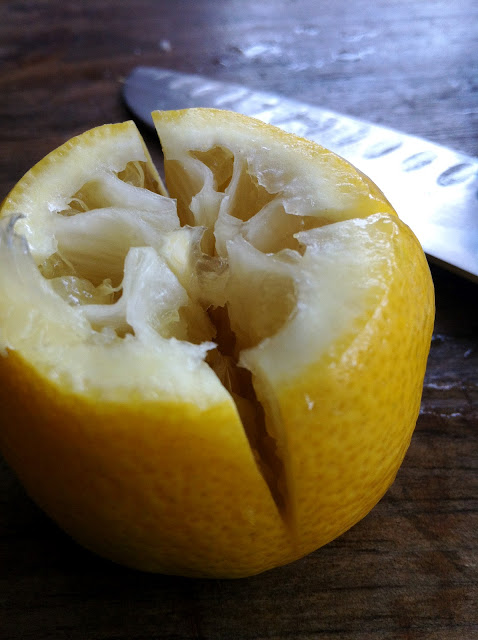 Step four. Pack the lemon with sea salt. Use a lot - about one and a half tablespoons per lemon. 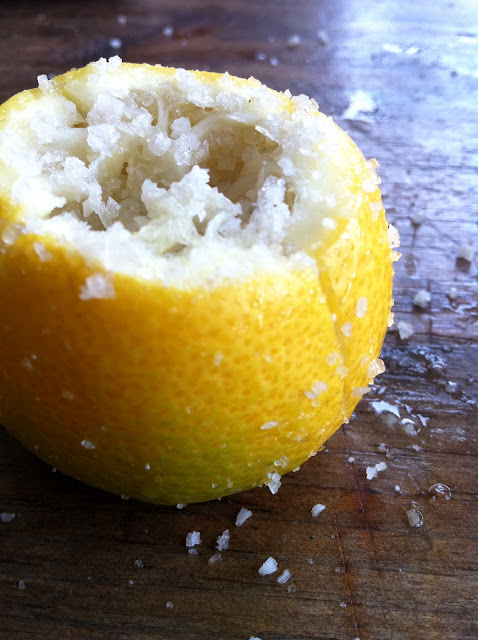 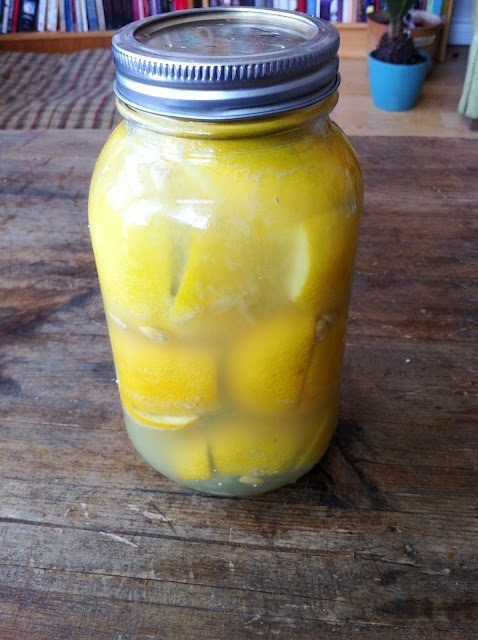 Step six. Leave the lemons at room temperature for about a month, or until they are soft. After that you can store them in the refrigerator.

If you're wondering what on earth to do with preserved lemons, I've made a list of promising recipes. They turn up a lot in Moroccan cooking, and especially in Moroccan tangine dishes, although I've also seen a range of different uses for them.

Waiting a month is going to be the hard part.